87% of contactless cardholders in the UK, Poland and Turkey believe contactless cards will be “instrumental in bringing mobile contactless payments to market in the near future,” according to Visa Europe‘s latest Contactless Barometer survey. 77% also agreed or strongly agreed that contactless technology would ultimately become more commonplace than cash as a payment method. 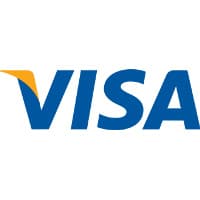 “People with experience of contactless cards are starting to see it as the first step to the arrival of mobile payments,” says Mark Austin, Visa Europe’s head of contactless. “The tipping point to more mainstream acceptance will be availability: The more chance consumers have to use their contactless cards, the more enthusiastic their response becomes.

“For us, London 2012 will be a major tipping point in the UK, with thousands of new contactless terminals installed across the Olympic venues to make payments as easy and convenient as they can possibly be.”