The BlackBerry Bold 9900 and 9930 NFC-enabled smartphones will start shipping “later this month”, Research in Motion has announced. 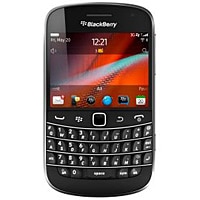 RIM first unveiled the two phones in May this year and said at the time that they would be available from this summer. Amazon UK has had the Bold 9900 listed for pre-order since early July with an expected delivery date of 15 September. But it now looks as though the new NFC phones could be available as soon as next week.