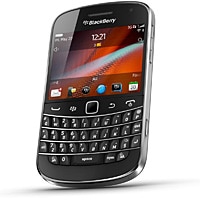 Maker Research In Motion announced in May that both the BlackBerry Bold 9900 and 9930 would ship with built-in NFC capabilities and rumours suggest that more NFC BlackBerry devices are to arrive in the near future. At the end of May, the handset maker launched the BlackBerry Java SDK v7.0 in beta, which can be used to develop applications that will utilise the NFC capabilities of BlackBerry smartphones.