The Mifare4Mobile Industry Group has announced a new roadmap for Mifare4Mobile which sets out the way ahead for the deployment of Mifare-based transportation tickets on NFC devices. 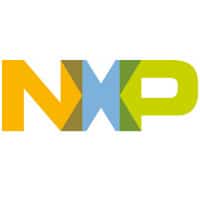 Version 2.0 of the specification is now set to be released later this year, the group says, allowing Mifare4Mobile to “fulfill the requirements for the entire life-cycle management of Mifare applications in mobile devices.”

NXP, Ericsson, Gemalto, Oberthur Technologies, STMicroelectronics, Venyon and Vivotech joined forces last year to form the Mifare4Mobile Industry Group, with the aim of enabling members to work together to standardise and advance the management of Mifare applications on NFC-enabled phones and other devices.

The first version of Mifare4Mobile was announced by NXP in late 2008. It was designed to provide mobile network operators, trusted services managers and service providers with a single interoperable programming interface to remotely provision and manage Mifare Classic-based NFC ticketing services over the air. The current version of the Mifare4Mobile interface specifications has been licensed by more than 200 organisations around the world.

The new specification will include: