The market for NFC chips is set to reach 920m units in 2015, according to a new forecast from IMS Research. 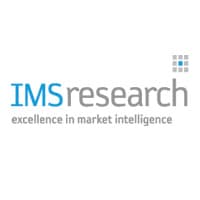 “NFC credentials (mainly NFC-enabled handsets) are projected to increase dramatically in the next five years to reach 920 million shipments in 2015,” says IMS analyst Don Tait. “The launch of a number of NFC-enabled smartphones in 2011 is helping the market to gain traction. Also, use of NFC-enabled phones for payment, mass transit & ticketing and access is also projected to boost market development over the next few years.

“It has taken a number of years to resolve some of the major issues surrounding NFC,” he added. “Most of these issues are being resolved and have improved significantly over the last twelve months.”