Software giant Microsoft could be introducing NFC capabilities to Windows mobile phones as soon as this year, according to Bloomberg:

Microsoft Corp. is working on a version of its Windows Phone software that will let users buy merchandise with a flick of the handset at a checkout counter, two people familiar with the plans said.

Microsoft plans to include mobile-payment technology in new versions of its operating system for smartphones as part of an effort to narrow Google Inc’s lead in handset software, said the people, who asked to remain anonymous because the features aren’t public. The first devices boasting these features may be released this year, the people said. 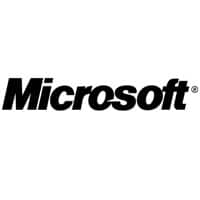 “Having NFC features may be crucial to Microsoft’s efforts to boost shrinking market share,” Bloomberg adds. “Microsoft is expected to hold about 5.5 percent of the mobile operating system market this year, compared with 39.5 percent for Android, 15.7 percent for Apple’s IOS, and 14.9 percent for Research In Motion Ltd’s BlackBerry.”

In February, Microsoft announced a partnership with mobile phone manufacturer Nokia, which is committed to including NFC in all its new smartphones. The deal between the two sponsor members of the NFC Forum will see Nokia use the Windows phone operating system for its smartphones.

Last week, Nokia told NFC World that buyers of the Nokia Astound smartphone, a T-Mobile USA version of the Nokia C7 that will go on sale in April, will be able to access the phone’s in-built NFC capabilities from day one.