The contactless payments growth rate in the Nordic region has doubled during the first four months of this year, regional payments processor Nets reports, “as social distancing steers Nordic consumers away from chip and PIN”. 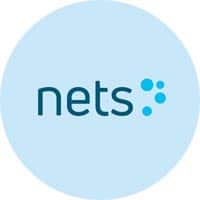 “In the first 16 weeks of 2019, contactless usage, as a proportion of all card transactions performed in Denmark, Norway and Sweden, increased by five percentage points from 40% to 45%.

“In stark contrast, the same period in 2020 saw contactless volumes increase at more than twice this rate, growing by 12 percentage points from 57% to 69%.”

“Widely renowned for using the least cash in the world, the Nordic countries have already consistently demonstrated one of the highest contactless adoption rates in the world,” Nets adds.

“In the period between weeks 11 and 16, however, as lockdown began across Denmark, Norway and Sweden, increases in adoption were notably acute.

“Denmark, which already displays the highest levels of contactless utilisation, rose from 80.8% in week 11 to 83.4% in week 16.

“In Finland contactless payment adoption, as a proportion of all card payments, is 63.7%.”

The contactless transaction limit has been increased in both Norway and Sweden since the arrival of Covid-19.