IBM is to integrate Visa Token Service into its Watson IoT cognitive technology platform to enable payments to be embedded into “any device connected to the Internet of Things (IoT)”, with all of IBM’s Watson IoT Platform customers gaining access to Visa payment services via IBM’s cloud service — rather than businesses needing to be approached on a one-by-one basis. 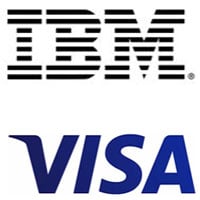 The Watson IoT Platform allows businesses to connect to “billions of connected devices, sensors and systems around the world and then draw actionable insights” and is currently being used by more than 6,000 IBM clients.

“IBM and Visa will provide all customers with access to these capabilities, so they can begin to build personalised commerce experiences and proactively make recommendations based on consumers’ unique needs.”

A video explains why IBM and Visa have agreed to work together:

“Consider the consumer’s car,” the companies add. “As the car ecosystem connects to the Watson IoT Platform, a driver would be alerted when the car’s warranty or certification is about to expire or if specific car parts need replacing.

“With this information, the driver can order parts with the push of a button, or schedule a service appointment at their preferred local garage. The driver could even pay for gas through a direct interaction between the car and the gas pump.

“Similarly, with a fitness device, an avid runner with a wireless running chip could receive a digital alert when it’s time to replace their running shoes, including a recommendation of the best model, at the best price, from a preferred retailer.”

“IoT is literally changing the world around us, whether it’s allowing businesses to achieve unimaginable levels of efficiency or enabling a washing machine to ensure we never run out of detergent,” says Harriet Green, general manager of IBM Watson IoT.

“This combination of IBM’s industry leading IoT technologies with Visa payment services signifies the next defining moment in commerce by allowing payments on any connected object, with new levels of simplicity and convenience for everyone.”