Customers of Poland’s Bank Pekao with a Windows 10 Mobile device can now use the bank’s PeoPay host card emulation (HCE) based mobile payment service to make transactions at any contactless terminal. The service is believed to be the first in the world to support HCE payments on Windows 10 devices. 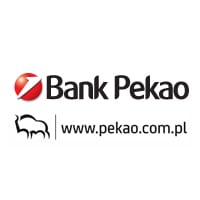 Microsoft revealed in March 2015 that it would include support for HCE payments in the mobile version of Windows 10 while a presentation at Cartes in November confirmed that all future Lumia phones with NFC will have HCE support along with an integrated trusted platform module (TPM).

“Basically, it is available for all devices supporting HCE and having an NFC antenna and Windows 10 Mobile,” Bank Pekao explained to NFC World. “Originally, the PeoPay mobile payments application was launched in June 2013, offering three main functions — payments in shops and internet (QR codes), P2P transfers and withdrawals from ATMs.

“In December 2014, we upgraded the application to support HCE contactless payments, which was possible for the most popular operating system in Poland — Android (KitKat and higher). It was the first HCE implementation in Poland and one of the first in Europe. As Poland has a very developed contactless terminal network (80% of total POS number), customers got the possibility to pay almost everywhere in Poland.”

“HCE payments gave the bank and its customers independence from mobile operators, which was not possible in a SIM centric approach,” the bank added.