Mobile network operator Slovak Telekom, majority owned by Germany’s Deutsche Telekom, is shutting down its MyWallet NFC service on a temporary basis. The move is due to the closure of ClickandBuy, also a Deutsche Telekom subsidiary, which issues the sole payment card supported by the service. 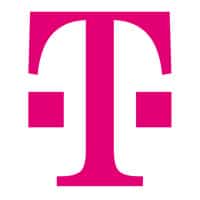 Deutsche Telekom launched MyWallet in Germany in May 2014 and the service went live in Slovakia soon after. MyWallet is also available in Poland and in Hungary.

“So far we have not found a new form of payment as the replacement in this service with other financial institutions,” Slovak Telekom told NFC World. “Thus we cannot provide the MyWallet in the original form.

“Our service of electronic wallet will be put on hold, but the technology remains active. Slovak Telekom prepares next phase of the service development with new technologies and new partners so we can provide more, and not only payment services, in the future.”

It is unclear how the closure of ClickandBuy will affect the MyWallet services offered in Germany, Poland and Hungary. NFC World has reached out to Deutsche Telekom for further information.