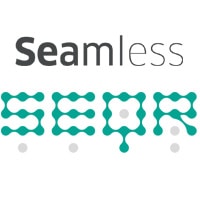 “Until now, Seqr customers have been able to use their phones to make payments in stores where Seqr have an integration to the merchant’s cash register,” Seamless says. “Customers will be able to shop with Seqr in any store that has NFC-enabled card readers, whether or not a merchant has a direct agreement with Seqr.

“The NFC functionality will automatically be available to existing Seqr customers without the need to download a new Seqr app.”

The technology is scheduled to be launched in the first quarter of 2016 and is being shown for the first time at Money20/20 in Las Vegas.

“Today, we are a world leader in terms of the number of direct agreements we have with merchants and retail chains,” says Seamless CEO Peter Fredell. “However, there has been a bottleneck with regard to how quickly we can integrate even more merchants.

“Our new NFC solution eliminates this bottleneck and, on launch, will immediately provide Seqr customers with the opportunity to shop in millions of stores and points of sale across the globe, even in countries where it is not currently possible to download Seqr.

“Merchants will still be able to integrate with Seqr and in doing so significantly reduce their transaction fees, while also utilizing Seqr features that will increase sales and loyalty among their customers.”

Seamless first added NFC payments to its Seqr solution in April 2013. It launched in the US in June 2015 and is also available in Sweden, Finland, Romania, Belgium, Portugal, Netherlands, Germany, Spain, France and Italy. It is also in talks to launch the solution in the UK.