An alliance has been launched which aims to develop a global standard for people to buy public transport tickets in cities around the world on their mobile devices, using a single application, and verify the ticket with a tap of their NFC device to travel. 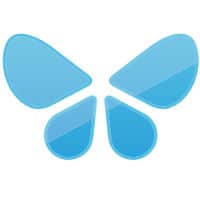 “The aim of the Open Mobile Ticketing Alliance is to enable the vision of ‘Register once, travel anywhere’ by developing open, interoperable standards with payment vendors and transit operators,” says Here.

“Public transit authorities implementing solutions based on OMTA benefit from lower fare-collection costs, while passengers can get the lowest possible fare based on how often they ride.

“Instead of buying a ticket or reloading an electronic card, passengers will register with the service once and then they can tap phones enabled with NFC technology at transit systems around the globe in order to travel.

“OMTA helps standardise the communication between phone and transit infrastructure and facilitates roaming between systems so that users can use an app they are familiar with, rather than starting from scratch each time they travel to a new city.

“Alliance members are expected to bring products based on OMTA to consumers in several cities around the world later this year through transit agency trials.”

“The OMTA is a prime example of how Here is transforming the way people navigate fast-growing cities and across borders,” says Justus Brown, head of urban mobility at Here and OMTA chairman.

“Mobile ticketing on a worldwide scale has the potential to increase the use of mass transit.

“With urban populations growing rapidly, public transportation will play an increasingly important role in reducing emissions and boosting economic growth by ensuring that all members of society are mobile — not just those with a car.”