Zapp, the UK mobile payments startup formed by payments infrastructure operator VocaLink, has confirmed that it will launch its service in the autumn of this year, with NFC in-store payments to follow. 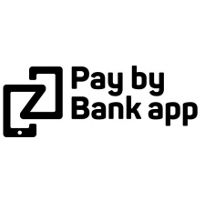 The service will work via an integration with existing mobile banking apps and will be supported by five UK banks at launch — HSBC, First Direct, Nationwide, Santander, which are also signed up to offer Apple Pay to their customers, as well as Metro Bank.

Through support from merchant acquirers WorldPay, Optimal Payments, Realex and Sage Pay, it will also be available at 60% of the UK merchant base including Sainsbury’s, Asda, House of Fraser, Thomas Cook, Shop Direct, Spar and Clarks.

A ‘Pay by Bank app’ paymark has also been unveiled by the company as a logo that will be used to let consumers know where they can make payments using the service. It will be launched for online payments initially, and in-store payments based on NFC will be launched at a later date, Zapp confirmed to NFC World.

“Zapp POS is a way for consumers to pay a retailer direct from their bank account at a point-of-sale using just their mobile phone and their existing bank app,” the company told NFC World. “It works in a similar way to contactless cards. When Zapp launches for in-store purchases, it will use NFC technology.

“Zapp will initially launch with online payments in 2015 and in-store payments will follow. We will be making further announcements about Zapp POS in due course.”

With Apple announcing the launch of Apple Pay in the UK this summer, Zapp said: “We  think that anything Apple does to raise awareness of mobile payments will have a positive impact for Pay by Bank app.

“Our launch partners at the banks, the retailers and within the payments space will help us promote Pay by Bank app payments to their millions of customers, meaning that consumers will know that this is a viable option for them.”

“We’re delighted to unveil the new Pay by Bank app paymark ahead of our consumer launch,” says Zapp CEO Peter Keenan. “All of our consumer testing shows that it will be extremely effective in giving consumers the confidence that their mobile payment is backed by their trusted bank.

“Retailers and businesses will benefit from the Pay by Bank app simplicity which will deliver better conversion at a significantly lower cost, something the retail industry has been demanding for years. Zapp will continue to be our trading name and also the name we use to describe the coalition of partners backing Pay by Bank app.”