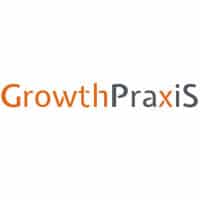 “EMV POS terminal adoption by various merchant categories varies drastically,” they add. “The specialty, mass merchants and grocery category and pharmacy/drug store category are leaders in the adoption of EMV POS with a penetration rate of more than 60% by the end of 2014.

“On the other hand, gasoline station merchants who enjoy a buffer time of two additional years for the liability shift have the lowest adoption rate of EMV. The adoption rate is still in a single digit number. Regarding EMV adoption, we got a mixed response from hotels and restaurants. Many QSRs (quick-service restaurants)  are reluctant to shift to EMV.

“They say that the average transaction volume is much lower as compared to specialty, mass merchants and grocery category, therefore they feel that the probability of a data breach is significantly low. When it comes to mobile POS systems, the ‘others’ category which includes micro merchants are the largest adopters, primarily due to adoption of mobile card readers.