Starbucks is now processing an average of seven million mobile payments a week, representing around 16% of all its transactions, CEO Howard Schultz has revealed during a first quarter earnings call in which he also provided an update on the Mobile Order and Pay service the coffee giant introduced in Portland, Oregon in December last year. 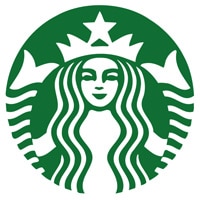 “We continue to see broad customer acceptance and adoption of our mobile payment technologies,” Schultz explained during the call. “Today, in the US alone, over thirteen million customers are actively using our mobile apps and we’re now averaging over seven million mobile transactions in our stores each week, representing roughly 16% of total tender, more than any other bricks and mortar retailer in the marketplace.

“Mobile Order and Pay has been extremely well-received by customers in the Portland market,” Schultz added. “We will be launching it now in over 600 stores in the Pacific Northwest in the months ahead and will be rolled out nationally later in calendar 2015.

“Our experience to date confirms that once fully rolled out, Mobile Order and Pay will drive a significant increase in mobile payment transactions in our stores overall and have a flywheel positive effect on our overall business, driving both increased MSR [My Starbucks Rewards] membership and app usage and creating significant additional one-to-one marketing opportunities.

“As previously discussed, we are also preparing for the introduction of delivery in the second half of 2015 and are finalising plans for two distinct delivery models. One of which utilises our own people, green apron baristas, and the other which leverages the capabilities of a third-party service.

“We will have more to share with you on our plans for delivery in the months ahead, but rest assured that delivery, like Mobile Order and Pay, will drive incrementality and increased customer loyalty.”