Groupement des Cartes Bancaires CB, the French bank card association which pioneered the use of chip cards for payments in the 1980s, expects to enable member banks to issue customers with keyfobs supporting fingerprint payments by the end of this year. A microSD option for mobile phones is also expected to be approved. 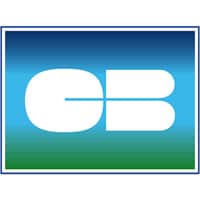 CB is working with the Natural Security Alliance, a group set up to commercialize a standard approach to biometrics in payments, to define its approval requirements. Members of the Alliance include Visa, MasterCard and Discover as well as French banks Banque Accord, BNP Paribas, Crédit Agricole and Crédit Mutuel, merchant Carrefour’s banking arm and retail chains Auchan and Leroy Merlin.

The keyfobs and microSD cards store the holder’s biometric template and communicate using wireless technology with a biometric reader at the point of sale. The technology can also be used to make cash withdrawals from ATMs.

“The user keeps the keyfob or telephone on his or her person, for example in a pocket or handbag, without needing to present it physically to pay or withdraw cash,” the Alliance says. “The cardholder simply has to place his or her finger on a biometric reader in store or at an ATM to validate a payment or cash withdrawal.”

“Beyond the fact that biometry simplifies authentication by the single act of placing a finger on a reader and without the need for a confidential code, it reinforces security because the cardholder must be present for the transaction,” it adds.

“Moreover, the implementation of this solution respects the user’s privacy and personal data protection, as the user’s biometric data is not stored in a centralised database, but remains in the chip integrated into the key ring or telephone.”

“CB must anticipate technological developments likely to be used in payment, and biometry is one of these,” Gilbert Arira, CEO of Groupement des Cartes Bancaires CB, explains. “The banking community believes that biometry can generate added value on both functional and operational levels.

“Having said that, the technology must respect all requirements of the CB system, notably those of robustness, security and interoperability, key foundations of the trust that CB products inspire. It is on these points that we are working with the Natural Security Alliance. The project is advancing rapidly and the first payment solutions integrating biometry are expected to receive approval by the end of the year.”

The move follows a pilot conducted in branches of the Auchan and Leroy Merlin retail chains as well as “numerous associated retailers” in the French towns of Villeneuve-d’Ascq and Angouleme from October 2012 to March 2013. 68% of the 900 participants said they would like to continue using the technology as currently implemented and the number rose to 96% if early technical issues were ironed out. Participants also expressed interest in using biometrics in other situations including online payments, ATM withdrawals and for secure access to computers.