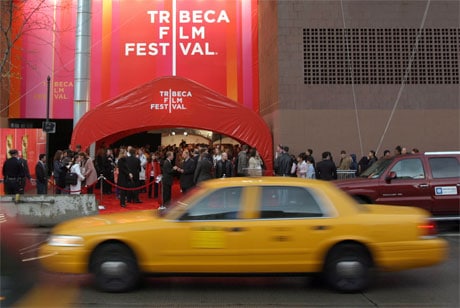 The posters, supplied by Tamoco, carried embedded HID Trusted Tags and were placed at festival sponsor AT&T’s retail outlets in New York between 14 and 17 April. NFC phones were also provided by the stores so that those without an NFC device could take part and obtain a free Film for All Friday pass.

“Unlike QR codes or traditional NFC tags, the data read from trusted tags includes security attributes that change on every tap, making any attempt to share, clone or manipulate easily detectable,” the companies explain. “These features give Tamoco the ability to verify ‘proof of presence’, a new capability for OOH campaigns.”

“The Tribeca Film Festival was the ideal canvas against which to showcase the flexibility of our NFC-enhanced marketing solutions,” says Tamoco founder Sam Amrani. “The use of trusted tags lets us deliver an interaction that is secure yet effortless for the end user.”