Customers of Commonwealth Bank of Australia with a Samsung Galaxy S4 can make payments using a secure element embedded in their mobile phone today, and banks in Turkey, Russia and the Ukraine are due to begin offering the solution in the first quarter of 2014.

Commonwealth Bank of Australia has introduced an NFC payments service that uses the secure element embedded in Samsung Galaxy S4 mobile phones. The bank is working with MasterCard on the new service. 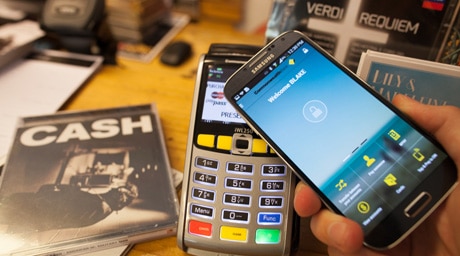 “MasterCard and Samsung, in partnership with financial institutions and mobile network operators worldwide, plan to complete similar service rollouts over the next year, including launches in Turkey, Russia and the Ukraine in the first quarter of 2014.”

“Access to the secure element allows Samsung and other OEMs, mobile network operators and financial institutions to partner with MasterCard to deliver next-generation payment solutions to consumers,” the network adds.

“The Samsung Galaxy S4 and Galaxy Note 3 are two of the more than 140 devices, including 32 Samsung smartphones and tablets, certified as part of the MasterCard PayPass Ready programme launched in May of 2012.”

CommBank announced plans to introduce NFC payments using embedded secure elements, as well as contactless PayTags that work with iOS and other Android phones in October 2013.

A video shows the service in action: