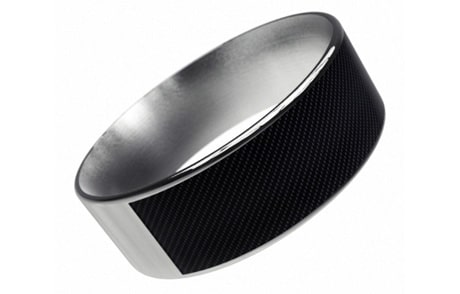 A UK-based startup raising funds on Kickstarter for a finger ring that lets users unlock NFC-enabled doors and devices and share information via NFC has amassed pledges totalling almost double its £30,000 (US$46,000) target in just four days.

The metal NFC Ring contains two tags. The first is designed to enable users to share information and is embedded in the top half of the ring. A closed “fist bump” action is then used to share data. The lower half of the ring includes a second tag that stores private information, such as the unlock password for an NFC device. This uses an “open palm” gesture for interactions. An app for writing actions to the tags has also been developed.

The NFC inlays each contain an NTAG203 chip which is coated in RFID reflective material and a clear RFID passive coating. These work together to ensure the metal of the ring does not absorb the RFID signal from an antenna.

Samsung Galaxy S4 and Blackberry Z10 users will require this larger ring due to the position of the antenna on those handsets, McLear says.

The NFC Ring has a number of advantages over other recent NFC accessory announcements, such as the Geak ring, McLear told NFC World. “Plastic rings aren’t the best material to work with as they tend to be quite big and ergo can be uncomfy, we moved away from large rings a long time ago due to this,” he said.