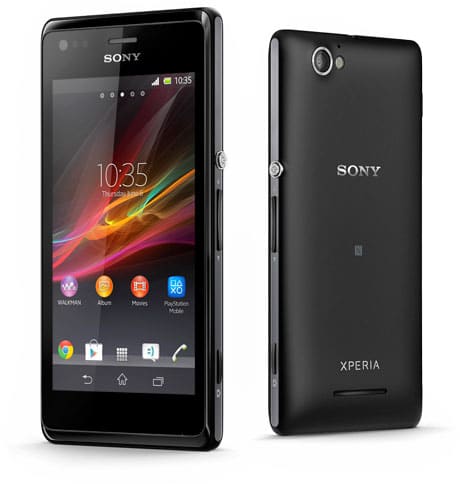 A low-end Android smartphone with NFC will join Sony’s Xperia line-up in the third quarter of 2013. The company is pushing the NFC functionality of the device, and describes the Xperia M as “the new Sony smartphone with one-touch functions.”

The Xperia M has a 4-inch 480 by 854 touchscreen and will come in single- and dual-SIM versions. A five megapixel rear camera is capable of 720p video recording, and the device is powered by a 1GHz dual-core processor from Qualcomm.

“Xperia M is designed to bring Sony experiences to a new market and price point,” says the company, explaining the phone’s middling specifications.

An NFC Forum ‘N-mark’ is located in the centre of the back of the phone and NFC can be used to pair the Xperia M to other devices such as Sony’s SBH20 wireless headset and its Bravia televisions to share photos, videos and music.

A video produced by Sony shows off the Xperia M: