The GSMA has partnered with China Mobile to promote NFC at this year’s Mobile Asia Expo, following the successful NFC Experience provided to attendees at Mobile World Congress 2013. 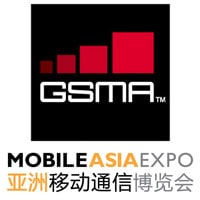 “We’re excited to launch the NFC Experience for Mobile Asia Expo, as it provides attendees the opportunity to experience first-hand the power of NFC technology throughout the Mobile Asia Expo venue, as well as in the Pudong area of Shanghai,” said Michael O’Hara, the GSMA’s chief marketing officer.

“We hope that all attendees will take advantage of the many benefits of NFC, from information access and download to retail transactions, among others.”

Mobile Asia Expo will play host to an NFC Centre, a dedicated area for showcasing NFC handsets and NFC-based systems, as well as more than twelve NFC Experience Zones that attendees will be able to use to download information and maps, test out NFC vending machines and join in an NFC treasure hunt.

The NFC Experience will also include an NFC Retail Zone offering discounts on purchases made in the nearby shopping mall, as well as the MAE NFC University Challenge, an essay competition for university students from the Shanghai region to outline their hopes and visions for NFC in the future.