Sony has unveiled a range of new devices with NFC capabilities at the CES show in Las Vegas and says it now has the largest range of NFC-enabled devices on the market. NFC is “the easiest and fastest way to wirelessly connect and enjoy music, photos and videos from a smartphone,” the company says.

The new NFC product lineup is led by the Xperia Z, Sony’s new water resistant, flagship Android smartphone. It comes equipped with a 5-inch full HD 1080p screen, a Snapdragon S4 Pro quad-core processor, 13 megapixel camera and 4G LTE. A smaller version of the device, the Xperia ZL, has also been introduced. Both the Xperia Z and the Xperia ZL will be available globally during the first quarter of 2013.

“With Xperia Z, we are bringing over half a century of innovation in TV, imaging, music, film and gaming to create a superphone experience that truly stands out,” says Kuni Suzuki, president and CEO of Sony Mobile Communications. “By putting smartphones at the heart of our strategy, Sony is enabling people to create, enjoy and share content and experiences like never before.”

A range of new Sony Bravia TVs, including the KDL-W900A LED TV, also include NFC. “Simply touch Xperia Z to the remote control of the TV to instantly enjoy your photos and videos on the big screen,” says Sony. 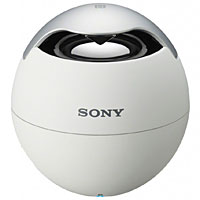 Two additions to the company’s range of NFC-enabled headsets have also been announced at the CES show, the Stereo Bluetooth Headset SBH20 and the Wireless Headset DR-BTN200M, as well as four portable Bluetooth speakers. And many more consumer electronics products now appear to be on the way, all using what Sony is calling “One-touch” technology:

New products like the Sony Xperia Z and Xperia ZL smartphones also deliver the benefits of a technology found in many of the new Sony products at CES 2013: One-touch function based on NFC, the easiest and fastest way to wirelessly connect and enjoy music, photos and videos from a smartphone.

Sony has the largest range of NFC-enabled devices with built-in One-touch functions, including a Blu-ray disc home theater system, sound bar, wireless speakers and other home audio products; headphones, portable speakers and mobile devices. Sony’s new Personal Content Station is a 1TB device that consumers can use to manage precious memories with One-touch function. It can connect wirelessly to a home network to store, view, and share photos and videos from smartphones and tablets such as Sony’s Xperia models. 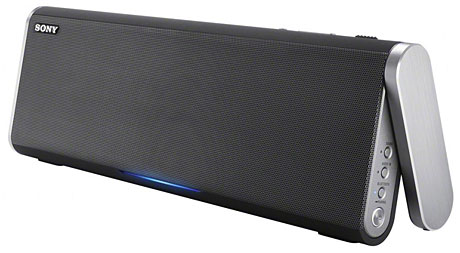