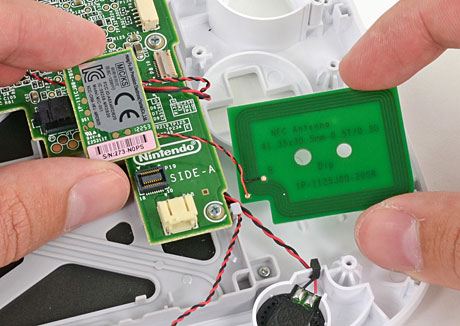 Chip maker Broadcom has supplied the NFC controller used in Nintendo’s Wii U games console, a teardown has revealed.

The news represents the second significant design win for Broadcom in recent days, after it emerged last week that Google has put the company’s NFC controllers into its latest Android reference devices.

The teardown, conducted by repair specialist iFixit, reveals that the Wii U GamePad contains an NFC daughterboard carrying a BCM 20792 controller chip along with a separate NFC antenna.