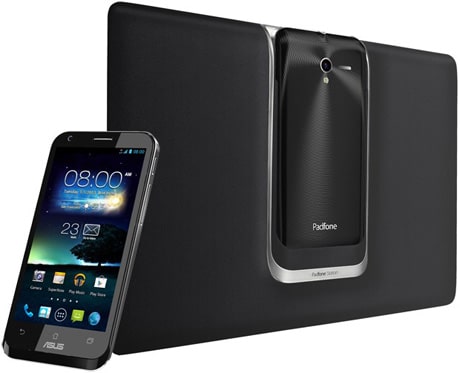 Asus has announced a new version of its PadFone smartphone/tablet concept that includes NFC functionality.

The 4.7-inch PadFone 2 phone is designed to neatly dock with the PadFone 2 Station, enabling it to be converted easily into a 10.1-inch tablet.

“Building upon the successful PadFone combination of an Android smartphone and dockable tablet for incredible mobile flexibility, PadFone 2 consists of a higher-specification quad-core smartphone and a completely redesigned tablet,” says Asus. “Apps are seamlessly optimized on-the-fly to support both tablet and phone modes, with an instant transition between smartphone and tablet screen sizes.