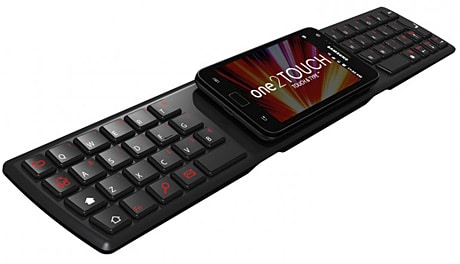 One2touch has begun shipping NFC-enabled smartphone keyboards to Japanese firm Elecom in a deal worth US$2m. Elecom will distribute the keyboard in eight countries in the far east.

The Touch & Type keyboard, first unveiled by the Norwegian firm in February 2012 at the Mobile World Congress, enables users to simply place their NFC phone on it to start typing. As well as having no cables, the ultra low-power device features a small internal battery with a three-year lifespan that does not need to be charged. The silicone rubber keyboard is also water resistant.

One2touch is now also in discussions with major handset manufacturers about bringing the product to Europe and the US, VP of business development Helge Vindenes told NFC World.