Canada’s Scotiabank is to use NFC smart posters to promote its Scene movie rewards service to a target market of young adults and movie enthusiasts. 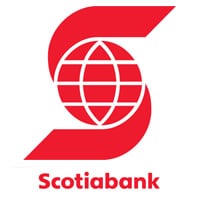 Over the summer months more than 80 NFC-enabled posters will be displayed in transit shelters managed by Astral Out-of-Home and located near entertainment areas and movie theatres in downtown Toronto.

Smartphone users will be able to launch a specially-designed app on their phone and tap or scan one of the posters to gain instant access to a daily Facebook contest to win two free movie passes or to get directions to the nearest Scotiabank branch, where they can sign up for a Scene-eligible bank account with a signing bonus worth four movie tickets.

“Chip-enabled technology, like the NFC technology used in this campaign, will take on an increasingly large role in our lives and we are very pleased to be among the pioneers using this in market,” says Jeff Marshall, Scotiabank’s vice president of marketing. “Along with the NFC technology, our Scene summer campaign will be multi-faceted and go beyond traditional media with ads on innovative networks like Microsoft Xbox and connected TV.”