The Isis NFC pilots due to take place in Salt Lake City and Austin from this summer will run for six to twelve months before a nationwide rollout begins, the carrier-led joint venture’s Jim Stapleton has told delegates attending the Smart Card Alliance Payments Summit. 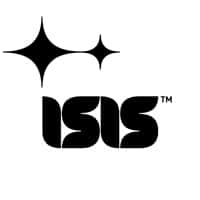 “This summer in Salt Lake City and in Austin we will be launching kind of a full frontal attack across carriers, banks and merchants [that will be] a conversion opportunity for consumers to actually experience this new world we’ve all talked about, to pull that future forward in those two cities,” Stapleton explained.

“We’re also adding the ability to load your loyalty cards that are clogging up your wallets… And we’re also [loading special] offers,” Stapleton added. The actual start date for the pilot programme is still to be set but area residents are likely to receive information about the project from their banks and carriers soon, The Salt Lake Tribune reports.