The ‘Tech Nation’ poll of consumers in eight European nations found that both mobile and contactless payments are used most widely in Russia and Turkey while only 5% of British consumers say they have made a contactless card payment. 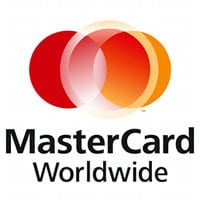 A survey of consumers in eight European countries has found that both mobile and contactless payments are most widely used by Russian and Turkish shoppers while adoption is lowest in the UK and France.

The MasterCard Worldwide ‘Tech Nation’ poll was conducted by Ipsos Mori amongst 8,000 adults aged from 16 to 64 across Great Britain, Turkey, Russia, France, Spain, the Netherlands, Germany and Italy.

The survey found that:

“The research demonstrates that whilst cash and cards still have a place in the wallets of consumers across these countries, the adoption of new payment technologies is on the rise,” says MasterCard’s Jorn Lambert. “It is perhaps no surprise that countries like Turkey — known to be early adopters of new technology — are using the newest methods of payment. However it is interesting to note that countries like Russia, France and Italy are also embracing the convenience of mobile payments.

“One thing is certain — as consumers continue to drive the move towards more convenient, faster payment technologies, the use of mobile, internet and contactless payments is only set to rise.”

5 comments on this article