Adobe has released a new version of the Adobe Air platform that provides a way for developers to add support for technologies such as NFC to their applications. 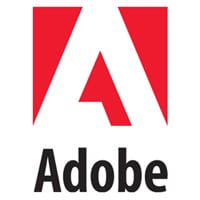 Air is a superset of Flash and is designed to allow developers to build standalone client applications that can be run on multiple platforms, including a variety of mobile and tablet operating systems.

The new Air 3 comes with support for ‘Air Native Extensions’, a way for developers to extend the product to work with special features that are only found on particular platforms or devices.

This capability, says the company, means that developers no longer need to wait for Adobe to add functionality and APIs to the core product and provides the freedom to support technologies such as NFC as soon as they can write or otherwise obtain an extension.

“Mobile devices offer an array of unique capabilities. Some are software, such as the sophisticated Android notification mechanism. Others are hardware, like the dual screens in the Sony S2 tablet,” the company explains. “While Adobe does not take a lowest common denominator approach when adding APIs to Air, we do focus on creating APIs that can be used across multiple devices.”