NFC chip maker STMicroelectronics has revealed it has been working with Microsoft to put support for ST’s NFC technology into the upcoming NFC-enabled Windows 8 operating system. 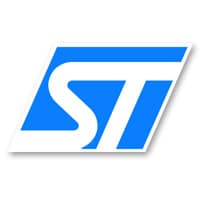 “As an early supporter of Windows 8, ST has a unique opportunity to enable plug-and-play NFC features on upcoming Windows 8-based tablets and PCs,” explains Marie-France Florentin, general manager of ST’s secure microcontrollers division. “With the NFC support for Windows 8, end users will enjoy new and convenient ways of interacting and sharing data with their peers.”

The company’s ST21NFCA NFC router can provide PCs and tablets running Windows 8 with reader/writer, peer-to-peer and card emulation communication modes, as well as I2C and SPI connectivity to the host processor and several connections to optional secure elements. ST’s Windows 8 offering also includes the ST33 family of secure elements, NFC tags and the interactive wireless memory chips which were announced earlier this month.