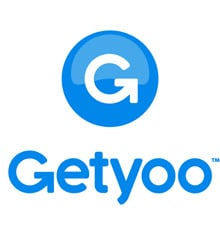 Getyoo specialises in providing NFC-based interactive solutions for the event industry. In 2009, the company launched its first tool enabling people to click posters on exhibition booths in order to get a digital brochure instead of paper documents. The company recently partnered with Belgian mobile network operator Belgacom to integrate its solution with Belgacom’s contactless sticker-based PingPing mobile payment service, enabling consumers to use one system in order to make payments and to interact with the world around them, and ran a trial at the PIAS Nites festival in Brussels.

“These last months have proven that 2011 will be an outstanding year for the Getyoo team,” says Alexis Tinel, CEO of Getyoo. “Our first successful product, the Clickey, is today distributed throughout Europe. Additionally, we have just launched a new NFC interactive card allowing to interact with social networks such as Facebook, LinkedIn and Twitter which open up a wide range of possibilities in the world of music events. We recently hired new talents to strengthen our rapid growth and are now closing a round of funding with a key investor, Eric Bigeard. We look forward to expanding our company, growing our user base and continuing to develop new ways for people to interact on events.”

“I am immensely impressed by the creativity of the Getyoo team and also by the methodical and disciplined approach to development and commercialization which they have adopted” said Eric Bigeard. “They are clearly focused on building a great company as well as offering a new way to interact with the real world, and I look forward to working with them on achieving this”.