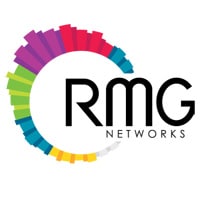 Out-of-house (OOH) media company RMG Networks, which unveiled an NFC-enabled advertising network in April, is in talks with banks about an initial public offering (IPO) to raise more than US$250m, Bloomberg reports:

At an RJ’s Market in San Francisco, shoppers can watch an ad for The New York Times’ mobile application while on the checkout line, then tap their phones to a tag on the display to download the app. Businesses pay RMG $1 every time an app is downloaded from one of its displays, using what is known as near field communication technology, McGuire said.

“Most of our advertising campaigns in the next three years will be NFC enabled,” McGuire said. He plans to expand this feature to offer tags near 75,000 monitors by the end of the year, from about 1,200 now. “It makes every ad campaign twice the size. It could double our revenues three years out.”

The company’s NFC service involves linking video content on screens with a call to action instructing them to ‘tap or scan’ an mTag placard installed at or near the point of sale, using either their NFC phone or a QR code reader app.