NFC microSD specialist DeviceFidelity has been awarded a US patent, number 7,942,337, for “an implementation of near field communication (NFC) technology for enabling mobile devices to function like mobile wallets capable of conducting payment, access, transit and other contactless transactions using credentials issued by multiple different enterprises through points of sale terminals.” 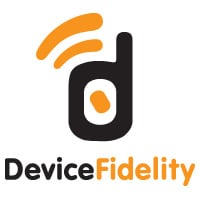 “Most consumers change phones often and several carry multiple phones, especially high-end users who are early adopters of new technology,” says Deepak Jain, president and CEO of DeviceFidelity. “As shown by multiple focus groups and the results of several successful pilots conducted based on our solution, consumers love the flexibility of using a portable microSD device to enable their preferred smart phone for payment and other proximity applications.”

DeviceFidelity’s new mobile wallet patent builds on another patent granted in May for a plug-and-play external NFC accessory such as a protective case, sleeve or a dongle that enables mobile phones, tablets and laptop computers to be NFC enabled.

In February 2011, DeviceFidelity announced version three of its In2Pay microSD solution. This allows multiple NFC transaction modes to be supported, including card emulation, reader and peer to peer transactions. The solution comes with its own NFC software stack on board the microSD device, “enabling smart phone makers, tablet makers, POS makers and other device makers to accelerate the time to market for new NFC devices across multiple platforms”.

DeviceFidelity’s In2Pay NFC-on-microSD technology has been extensively tested by Visa member banks in the US and, in December 2010, became the first NFC device to be certified by the payments network.