A survey of US consumers conducted for MasterCard has found strong interest in using mobile phones to make payments. The research found that: 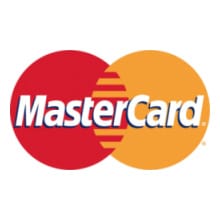 The survey also found that: