US mobile network operator Sprint has told Bloomberg Businessweek that it plans to launch a commercial NFC service in the US this year, in a move that will see it entering the market ahead of the Isis NFC joint venture between AT&T Mobility, Verizon Wireless and T-Mobile USA: 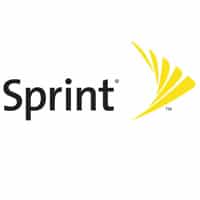 Sprint is working with payment networks and handset makers on technology called near-field communication, or NFC, which allows people with smartphones to make purchases by tapping them on or waving them in front of electronic readers in stores, said Kevin McGinnis, vice president of product platforms.

Sprint also plans to adopt a more open business model than that expected to be used by Isis, McGinnis told Bloomberg:

“We intend to make this an open solution where consumers can use their phone in a variety of physical locations,” said McGinnis. “Because we’re allowing other brands and other institutions to participate, they can also tell their consumers that this is available on Sprint.”

Rather than take a percentage of each transaction, as Isis plans, Sprint could share in revenue from sales off coupons sent to its customers’ handsets or targeted advertising, McGinnis said. Users’ purchases would be billed through their regular credit card statements.