The chief technology officer at Coupons.com has said the future for national coupon schemes lies with near field communication technology. 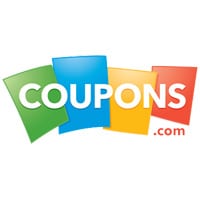 Steve Horowitz, CTO at the US digital promotion firm, told Online Media Daily that when everyone has a mobile phone equipped with NFC, and all point-of-sale systems have built in NFC readers, the world would see widespread adoption of NFC-based coupons.

He added, though, that for an NFC-enabled national coupon system to thrive there still needs to be growth in the number of point-of-sale terminals equipped with NFC readers.

“It’s a long time coming, because even though NFC exists today in my phone it’s only half the problem,” he said. “The other half is the point of sale systems. It still requires the ecosystem turnover of phones and point of sale systems to reach that required [national] scale.”

Horowitz believes supermarkets will associate NFC coupons with frequency savings cards. The information will tie into the store’s POS system and the consumer’s identification number, deducting the savings from the coupon on the purchase and pulling the payment from a bank account tied to the phone. NFC will allow the POS system to handle the financial transaction.

His comments come after Verifone last week announced it was to install NFC readers into all its new POS terminals, including within the US market, making the transition to NFC-based coupons faster and more affordable.

Last month, Coupons.com announced more than US$1.2billion in coupon savings had been issued through its network in 2010, a year-on-year growth of more than 41%.