This article is more than 13 years old

Transport for London now looks pretty set on its plan to replace its prepaid Oyster contactless card system with a bank-card compatible solution. Both contactless bank cards and NFC are options being considered and TfL will definitely outsource delivery of the new system to the private sector

At a meeting of the London Assembly’s Budget and Performance Committee on October 21st, Transport for London representatives confirmed they are looking at various technologies and providers to take over from its existing Oyster prepaid contactless card system in 2010. 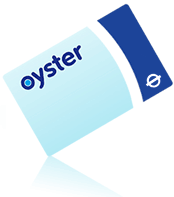 Will Judge, head of future ticketing at TfL, said they wanted the new ticketing system to be contactless, fast and convenient and explained that new advances in technology meant the system could be delivered on a smart card – like the Oyster card – or on a phone or bank card.

When TfL considers the new technology, Judge added, they would not try to do it in-house, but would take advantage of good practice elsewhere. TfL also told the Committee they are investigating whether Oyster – and its successor – could be integrated with other parts of London transport. It is hoped that Oyster will be available on the capital’s riverboat services next year.

Commenting on the decision to terminate the contract with TranSys, Judge said that TfL believed it would save millions of pounds by moving to a more conventional contract than the one agreed for Oyster. He said TfL intended to break the new contract up into modules and let each bit individually.

Assembly Members also heard that the new ticketing system could have a different name and that the Oyster brand could be lost forever.

“This Committee is interested to hear about the new technologies that TfL is exploring for the delivery of their new ticketing system,” concluded John Biggs AM, Chair of the London Assembly Budget and Performance Committee. “We will look with interest during our examination of TfL’s business plan to see what level of savings is achieved.”

Full video coverage of the meeting can be viewed on the London Assembly website, by clicking through to a webcast of the Budget and Performance Committee — 21 October.

A little background on the current status of Oyster: