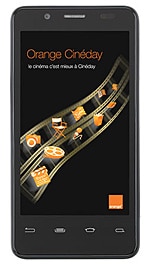 The Orange San Diego is an Intel-powered smartphone that comes with NFC.

The device, one of the first based on Intel’s smartphone reference design, was referred to by the code name “Santa Clara” when it was announced at the Mobile World Congress in February.

The Android 2.3 handset is made for Orange by Taiwanese hardware manufacturer Gigabyte Technology and features NFC as standard, along with an Intel Atom Z2460 processor, a 4.03-inch screen and 1080p HD video recording and runs Android 2.3.

The Orange San Diego is Europe’s first Intel-based smartphone is available exclusively from Orange. The device launched in the UK in June 2012, and became available in France soon afterwards.