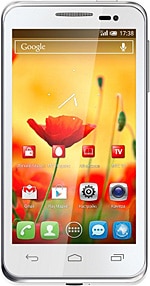 The MTS 975 is a co-branded NFC smartphone from Russian carrier MTS and MasterCard that can make payments at the latter’s PayPass contactless terminals.

The device was launched in September 2013.