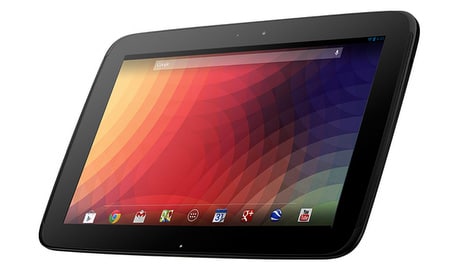 The Samsung-built tablet features what Google calls “dual side NFC”, meaning that NFC interactions can be triggered from both the front and the rear of the unit.