Two new resolutions passed by the International Air Transport Association (IATA) will see global adoption of RFID for airport baggage tracking and a move from passengers using paper documents to a single biometric ID they can use to prove their identity at any airport anywhere in the world. 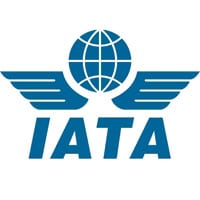 The RFID resolution, passed at the trade association’s annual general meeting earlier this month, commits its 290-plus member airlines to move to barcoded luggage tags that include RFID inlays.

It also calls for airports to roll out the supporting infrastructure required and introduce the latest baggage messaging standards that will enable more accurate tracking of baggage in real time. Additionally, ground handlers should use RFID technology and data alerts to replace manual tracking operations where possible.

The move, which IATA wants to implement over the next four years, could cut luggage mishandling rates by up to 25%.

Passenger journeys through airports are also likely to improve thanks to an accelerated rollout of One ID, which replaces paper documents with a single biometric identifier.

One ID enables customers to use their individual biometric data for worldwide travel instead of traditional paper-based documents such as passports and boarding passes.

Elements of the technology are currently being trialled at a number of international airports, including several in the US as well as at Heathrow in the UK, Sydney in Australia and Dubai.

The next stage will be a cross-border trial which will see customers recognised through their One ID at both their departure and their arrival airports.

To support the One ID initiative, IATA has called for International Civil Aviation Organization (ICAO) endorsement of the digital travel credential specifications required.

It has also called for close collaboration between industry and countries to agree global customer data protection standards.

“Biometric recognition using the One ID concept modernises the airport experience for passengers and improves the efficiency and security of identification processes,” said de Juniac.

“Using global standards for digital identity and data exchange will move us a big step closer to a hassle-free airport experience for passengers.”