Apple could be set to expand the iPhone’s NFC chip reading capabilities to allow it to be used to read data stored in security chips like those used in passports, comments made by the UK government suggest. 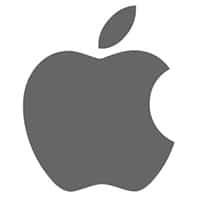 The UK Home Office has been in talks with Apple to find a way to extend availability of its EU Exit app, currently only available on Android phones, to make it possible for EU citizens living in the UK to also use an iPhone to register for Settled Status with the app.

EU citizens who plan to continue living in the UK after the UK leaves the European Union are being required to register with the government under a new EU Settlement Scheme that requires them to provide their passport details to the Home Office.

The EU Exit app enables them to avoid having to make an in-person visit to a registration centre or send off their passport in a postal application. Instead, Android users can apply remotely by leveraging the NFC functionality in their smartphone to read the security chip in their passport.

However, because the iPhone’s NFC functionality is currently restricted so that it is only able to read NDEF data, the UK government has been unable to make the app available to iPhone users — and has been pressurizing Apple to open up the iPhone’s NFC functionality so that the EU Exit app could also be made available to EU citizens with an iPhone.

In a statement sent to Public Technology, the Home Office has now indicated that it is “confident of reaching an agreement that would allow users to access the document check app via the company’s phones and tablets.”

“The Home Office continues to work constructively with Apple and expects to find a resolution so the functionality becomes available on their devices,” a spokesperson told the publication.

The rollout of the Android version of the EU Exit app has not been without its own problems, with early testers of the service reporting a number of bugs, including multiple issues related to NFC passport scanning.

In a report on the initial test phase, the Home Office says that is has now updated the app to provide additional guidance to applicants and provided further training to support personnel, Public Technology adds.

“Over 500 different types of Android device — from 52 different device manufacturers — were successfully used by applicants to undertake the identity verification process,” the report says.

However, the report adds, “there were users who experienced difficulty when reading their passport chip”, some testers using older devices found they had “less powerful” NFC reading capabilities and others reported that they needed to be “more precise when searching for the chip in their identity document”.

“Additional help text on using the app has been added to application screens, including more prominent messaging to applicants to call the Settlement Resolution Centre should they encounter technical difficulty,” the Home Office says.

A video that will show applicants how to use the app will also be produced.