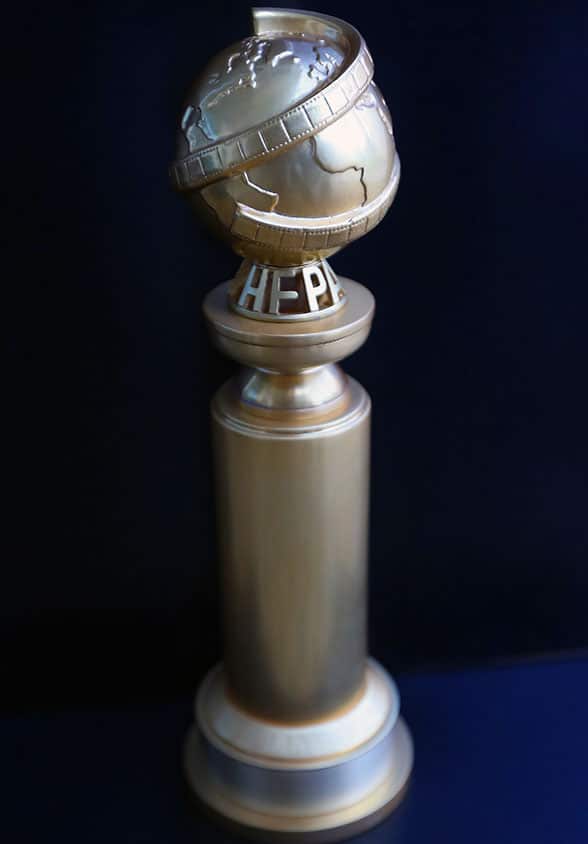 The iconic Golden Globe Awards trophies, presented to film and television stars by the Hollywood Foreign Press Association (HFPA) at a glittering annual ceremony in Los Angeles, have been redesigned this year to include an NFC chip.

“The most innovative aspect of the new award is the addition of an NFC component in each award which will showcase such information as the name of the winner, the category and the year it was bestowed upon them, ensuring each award is unique and authentic.”

“Coupled with an exclusive mobile app, the trophy winners were able to tap their award trophies on their phones to display their achievements.

“It was an unforgettable experience to be invited to the Golden Globes Awards Ceremony. Our CTO Colin Tanner attended, dressed in tuxedo, and was there to complete the final NFC authentication steps with our mobile system at the event.

“He greeted the Golden Globe winners, used our Digiseq Appliance hardware to select their winning details, and tapped the trophy on a NFC reader to write the information into the chip. The rest of our team was in the UK managing this process flow.”

“The Golden Globe 2019 winners were very impressed,” the team adds. “They were fascinated by the fact that using a mobile app from Digiseq, they were able to access details relating to their award.”