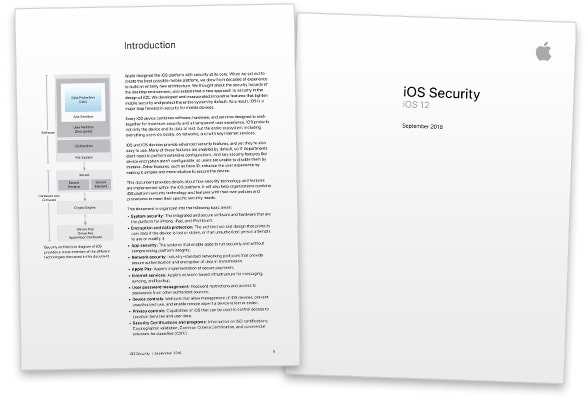 Apple’s just-published iOS 12 security guide has revealed a new feature which will see owners of the latest iPhones able to conduct some NFC transactions even when the device has all but shut down because the battery needs to be charged.

In a section on page 16 headed “Express Cards with power reserve,” the guide explains that “If iOS isn’t running because iPhone needs to be charged, there may still be enough power in the battery to support Express Card transactions.”

Express Card transactions are those made in Express Mode, a per-card setting which allows the device to interact with contactless terminals without first getting Touch ID, Face ID, or passcode authentication.

Currently, student ID cards and travel cards default to express mode, allowing students to make payments and access facilities without authentication, while travellers can speed through transit barriers without first unlocking their virtual cards. Apple Pay transactions are unaffected by the change.

Previously, when an iPhone’s battery died, that also meant no contactless transactions could be performed by the user until power had been restored. Now, when iPhone users press their phone’s side button, text indicating that Express Cards are available to use is displayed along with the low battery icon.

The phone’s NFC controller can perform express card transactions under the same conditions as when iOS is running, says Apple, though those transactions are confirmed with only haptic feedback and no visible notification is shown.

“This feature isn’t available when a standard user initiated shutdown is performed,” Apple points out.

The iOS 12 security guide also contains new information on how contactless passes work (p53), how student ID cards work (p56) and updated information about how the secure enclave functions (p8). The Apple Pay section also deals with the system’s use of a standard secure element and how it interfaces both physically and conceptually with the NFC controller and the secure enclave (p48).