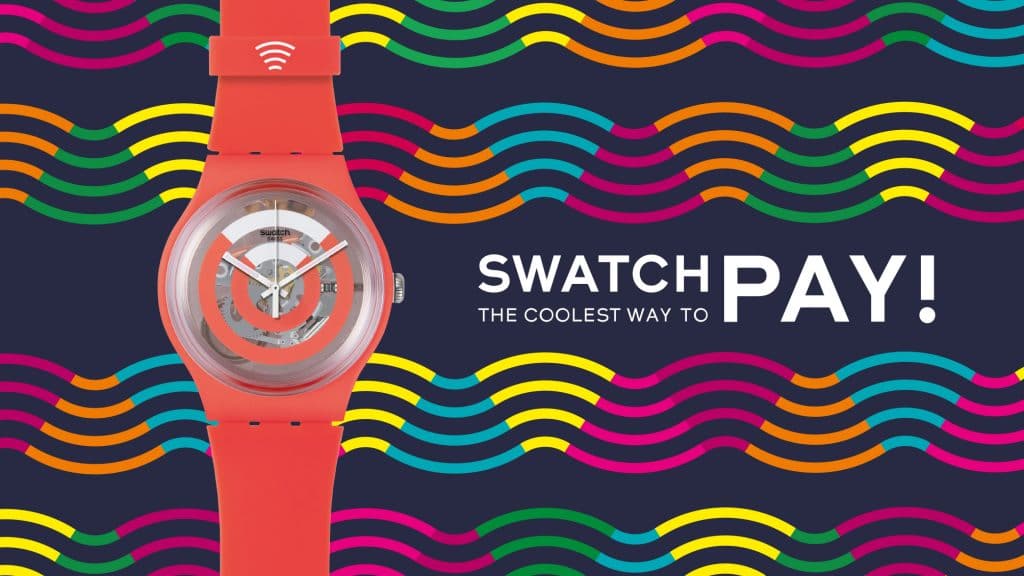 “Only an in-store app download and scan is required to instantly activate the watch,” Swatch says. “The tokenization process takes just a few minutes, and customers can start paying with the watch.”

Eleven “leading Chinese banks” have signed up to participate in the new Swatch Pay service, the watch maker adds.

“From July 27, 2017 onward, Swatch Pay will be available at designated Swatch stores in 28 Chinese cities. Enthusiasts can use their watches to pay for purchases in shops and stores around the country using merchants’ contactless POS terminals with a China UnionPay QuickPass icon.

“To celebrate the upcoming launch of the new Swatch Pay in China, a series of welcome rewards will be granted to the user,” Swatch adds.

The company launched the Swatch Bellamy, its first smartwatch with NFC payments support, in China in October 2015 and expanded availability to the US, Switzerland and Brazil in partnership with Visa in November 2015.

“It was only natural for Swatch to add Swatch Bellamy to the existing product portfolio,” creative director Carlo Giordanetti told NFC World in an in-depth interview for the first edition of our What’s New in Payments report. “It is easy to use, friendly, uncomplicated and universally appealing thanks to its design and price positioning. The product matches the brand position well and meets one of today’s needs for interactive product features that make our lives more enjoyable.”

“People have really understood the added value of having a stylish and easy-going accessory, allowing them to settle all kinds of purchases with a simple gesture. Many have seen the safety aspect of having a non-precious watch on their wrist for such operations, allowing for a light-hearted, open-air experience at any time.”