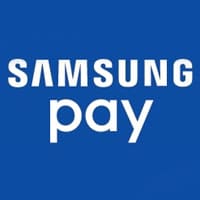 The beta version is the “first version” of Samsung Pay being introduced in the country, Samsung says, and the company will “continue to develop and add services and compatible cards” as it continues to roll out.

“To use the service, you need a compatible device designed for the Nordic market, a Samsung account, a Swedish SIM card and a connected credit/debit card,” Samsung adds.

“Close to 100% of the payment terminals in Sweden accept Samsung Pay. Samsung Pay works without the stores needing to join or replace their terminals. That means it works in almost all places where you can pay by card.”

Samsung Pay is available on the following devices in Sweden — Galaxy A5 (2016), Galaxy S7 and Galaxy S7 Edge. Samsung Pay beta will also work on the Galaxy A5 (2017) and the Frontier Gear S3 and S3 Gear Classic smartwatches “soon”.

“Sweden is the first Nordic country where Samsung Pay is made available and Sweden is also a leading country when it comes to using mobile payment services,” says Topi Manner, head of personal banking at Nordea Bank. “The smartphone penetration is very high and many of our customers are using a Samsung mobile device.”