Customers of Vodafone Italia can now make NFC mobile payments through PayPal using the mobile network operator’s Vodafone Wallet. The service will allow for in-store payments at any Visa contactless terminal across the country. 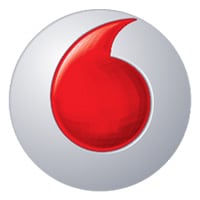 “To Vodafone customers, the agreement with PayPal is the extension of the Vodafone Pay service to an even wider audience, with the ability to add, in addition to the cards of Visa and MasterCard, an existing PayPal account or create one directly within the Vodafone application and pay anywhere you see the Visa contactless logo.”

The Vodafone Pay feature is the first to enable PayPal users to make NFC payments at the point of sale for goods and purchases. It made its launch in Spain in April this year.

Vodafone announced that it is to roll out support for PayPal payments within Vodafone Wallet across Europe in January 2016. The agreement will enable millions of PayPal customers across the continent to use the service, which is currently supported by more than 70 Android smartphone models. The service is expected to continue expanding across Europe during 2016.

Vodafone Wallet launched in November 2013 and is currently available in Germany, Spain, the UK, Italy and the Netherlands. It was announced in March 2015 that customers in five major European markets would be able to use their Visa cards to make NFC mobile payments with a SIM-based service that makes use of tokenization. Support for MasterCard was added in November 2015.