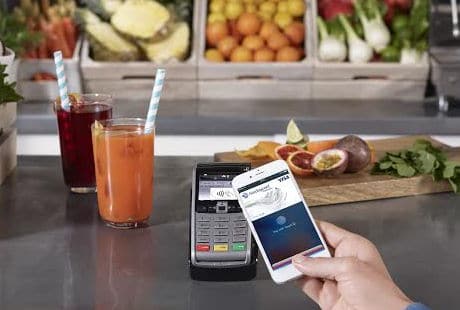 Barclays bank debit cardholders and Barclaycard credit cardholders can now use Apple Pay to make mobile payments, nine months after the service launched in the UK without the participation of the ‘big four’ bank.

“The introduction of Apple Pay for Barclaycard and Barclays customers gives millions more UK consumers the ability to conveniently make payments using iPhone, Apple Watch and iPad at over 400,000 contactless locations in the UK, across the London transport network as well as when shopping within participating retailers’ apps,” the bank says.

“Apple Pay is easy to set up and users can now add their Barclays debit card and Barclaycard credit card to Wallet and continue to receive all of the usual rewards and benefits.”

“Since we introduced contactless to the UK in 2007, it’s changed the way consumers make everyday purchases by cutting out the hassle of handling cash,” says Amer Sajed, interim CEO of Barclaycard. “With Barclaycard and Barclays bringing Apple Pay to our customers, we can now offer the widest choice of ways to make and take payments in a way that’s most convenient for them.”

Barclaycard holders with an Android phone have been able to make mobile payments using an HCE service built into the Barclaycard mobile app since January 2016. Customers can also use the HCE capability to have lost or stolen plastic cards instantly re-issued to their mobile devices so they can continue making payments. Barclaycard also offers a range of stored value bPay devices that enable contactless payments to be made using a wristband, key fob or sticker.

Barclays is “not planning on participating in Android Pay in the UK”, however, the bank has told NFC World. So far, eight financial institutions have signed up to offer Android Pay when it launches in the UK in the “next few months.”