The use of in-store mobile payments increased nearly four-fold across the US this year, from 5% in 2014 to 18% in 2015, research from Deloitte reveals, with approximately one in five consumers using their phone to make a payment at the point of sale. 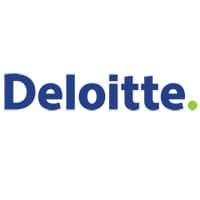 The Global Mobile Consumer Survey — made up of 30 separate reports based on 49,000 respondents in 30 countries — shows that 13% of UK adults have now made an in-store mobile payment (up from 3% last year) and 8% of French consumers have done so (up from 5% last year). 71% of Indians said they would use their devices for in-store payments and 58% of Russians would also do so.

The US edition of the survey reveals that 3% of US shoppers are now making in-store mobile payments daily, while 5% do so weekly, 5% do so less often than once a week and 5% have only ever done it once or twice.

US consumers aged between 25-34 were seen as “driving the largest portion of mobile payment activity” at 36%, with those aged from 45-74 accounting for less than 10% of activity.

Half of the survey’s 2,000 respondents in the US cited security concerns as the main reason for not using mobile devices for in-store payments, while consumers place the greatest trust in traditional financial institutions like banks (49%) for provision of payment services.

42% of UK consumers don’t think they’re secure enough while 35% don’t see the benefits of using mobile payments and 8% were unaware of mobile payments.

“Mobile technology is now moving beyond simply being a mode of communication and advancing towards the era of the always-connected consumer,” says Craig Wigginton, US telecommunications sector leader at Deloitte.

“As the lines that define mobile usage continue to blur, industries are now poised with seemingly endless opportunities to calibrate and develop solutions and products aimed at monitoring, recording and communicating factors critical to our surroundings and well-being, all through the simplicity of a swipe or touch of a screen.”