Chinese customers of fast food chain McDonald’s will soon be able to use Ant Financial’s Alipay QR code mobile payment platform to pay for their food and drink in more than 2,100 restaurants. 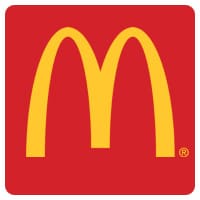 The roll-out will begin in Shanghai this month, with full support across all locations expected to be complete by March 2016.

“McDonald’s will work together with Ant Financial and Alipay to upgrade its services by integrating data technologies,” Ant Financial says. “All restaurants in China are undergoing system upgrade and the set-up will be complete to accept Alipay as its new payment method by March, 2016.

“It will take customers only two seconds to pay their meals at McDonald’s after introducing Alipay to its outlets by scanning the QR code in users’ Alipay. It will be more convenient and efficient for both customers and cashiers.”

Koubei, the joint venture set up by Alibaba and Ant Financial in June 2015 to let consumers order and pay for local services using their smartphone, is also set to work with McDonald’s China and is in discussion with the chain on “further collaborations to upgrade services for customers”.

Hotel chain Marriott International has also announced that it will be rolling out support for Alipay to its hotels in greater China and across Asia by mid-2016. Fast food chain KFC announced its support for the mobile payments service in June 2015, following in the footsteps of retail giant Walmart which began accepting Alipay in May.

“Alipay is now accepted in over 200,000 offline retailers and eateries across China and another 30,000 shops in Seoul, Korea, Hong Kong, Singapore, Japan and Germany,” Ant Financial says.